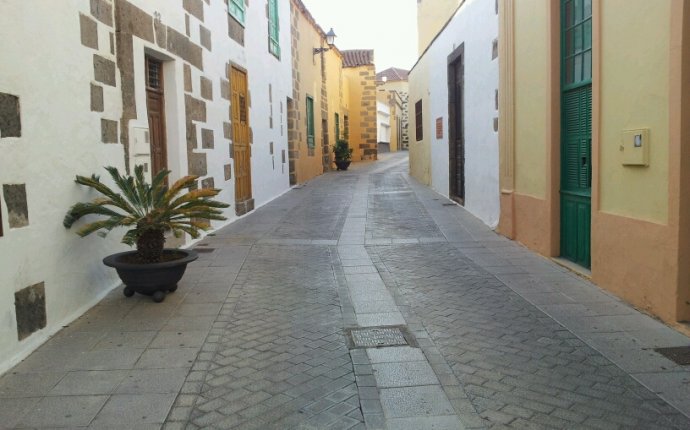 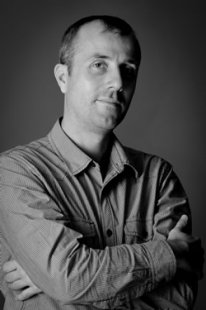 Matthew Hirtes was an unwilling expat at first, hankering for his former London life. To his eternal shame, he had to be talked into relocating to Gran Canaria by his sister-in-law. Little did he know that his wife had, so to speak, asked her to have a word. Then he began to explore the rest of the island, falling in love with the north and west coasts in particular, along with the interior. Matthew blogs at matthewhirtes.com (see listing here)

Here's the interview with Matthew...

Where are you originally from?
London, capital of the UK and the world.

In which country and city are you living now?
Las Palmas de Gran Canaria, EspaÃ±a.

How long have you lived here and how long are you planning to stay?
Eight years. I'll be here until my kids finish school. However, considering my youngest Tom, 2, hasn't even started at colegio, it'll be a while yet.

Why did you move and what do you do?
My wife Cristina comes from the island. We were married here in 1997. She'd always wanted to return to her place of birth. I resisted, until our then youngest son Alex contracted leukaemia aged just eight months old. After a six-month residency in Great Ormond Street Hospital, we moved over here as my wife has a large family which could offer more support than my more nuclear UK-based one. I cover Spain and beyond for the likes of CondÃ© Nast Traveller and The Independent. The author of Going Local in Gran Canaria, I'm about to start blogging for The Huffington Post. Watch this space. 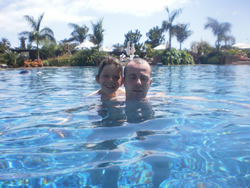 Did you bring family with you?
Our eldest son Dani had already moved out to Gran Canaria and was living at his aunt's place. Alex, Cristina and I myself followed him over.

How did you find the transition to living in a foreign country?
I found it immensely difficult. London was the place I was born. I'd moved away from it as a kid but returned to study at university. Following the enforced break as a child, I didn't want to separate again.

Was it easy making friends and meeting people; do you mainly socialise with other expats?
Not really. I didn't care for the dinner parties I was forced to go along to at the beginning. Especially as fellow guests were typically located to the right of Franco on the political scale. But then I found a football team who weren't so pijo and then I felt more at home.

What are the best things to do in the area; anything to recommend to future expats?
Having the beach on your doorstep is a tremendous plus. Especially if you want to avoid your kids becoming addicts of the PlayStation variety. Although I miss UK supermarkets for their greater range, the greengrocers here are on another level with tremendous seasonal fruit such as avocados, mangos, and papayas. 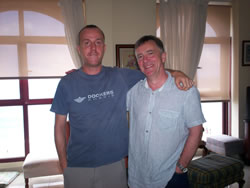 What do you enjoy most about living here?
Canarians are the Australians of the Northern Hemisphere. So, I admire their laidback attitude. Although I have to remind myself that I have to follow London time if I want to finish an article or blog post.

What negatives, if any, are there to living here?
The dearth of cheap flights. When we lived in the UK, football permitting, we often enjoyed a cheap weekend on the European mainland. Despite the proximity to Africa, it's actually cheaper to fly there from the UK than here.

If you could pick one piece of advice to anyone moving here, what would it be?
Learn the lingo. Otherwise you'll always be a foreigner. To feel at home, you have to go native on the tongue front. So to speak. 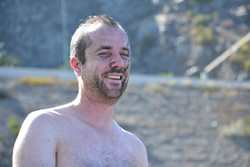 What has been the hardest aspect to your expat experience so far?
The language barrier. Spanish pronunciation makes sense, although not as much as to those who grew up learning it. However, the grammar is a migraine-inducing daily turmoil.

When you finally return home, how do you think you'll cope with repatriation?
I'm sure I'll leave the island (and not hopefully in a box). However, although London still means so much to me, it doesn't necessarily mean I'll return. There are other Canary Islands I've fallen in love with, for example, the likes of Lanzarote and La Gomera.

What are your top 5 expat tips for anyone following in your footsteps?
1.) Research: Don't move to an area you've never been to.
2.) Socialize: I live in the less touristy north of the island whereas the majority of the expats are in the south. However, Las Palmas is home to the British Club which I periodically visit.
3.) Keep up your English: We talk to the children in English as they are in a Spanish-speaking school. This will only help them in the long term.
4.)Family matters: The Spanish like to do things en masse and whilst your Anglo-Saxon ways are used to a bit of independence, in-laws over here really want to help.
5.)Have a little bit of patience: Doing anything here seems to involve red tape which threatens to suffocate you. Take time to untangle, though, and you'll get there in the end.

Tell us a bit about your own expat blog.
I've never thought of myself as much of a photographer. So, in order to improve my skills I decided to update my blog on a weekly basis with a Random Photo of Gran Canaria. Bizarrely, a photographer I know called Robin Graham blogs pure text without any images at all. It's like we've done a job swap.

How can you be contacted for further advice to future expats coming to your area?