Gran Canaria is known worldwide for its mild warm climate and diverse terrain. Tourists are attracted by beautiful beaches, picturesque nature, historical sights and vibrant nightlife of its capital Las Palmas. Gran Canaria is the most populated island of the archipelago. More than half of the population lives in the capital. Las Palmas is the historic and commercial center, an international resort and an important seaport, which monthly meets thousands of ships. 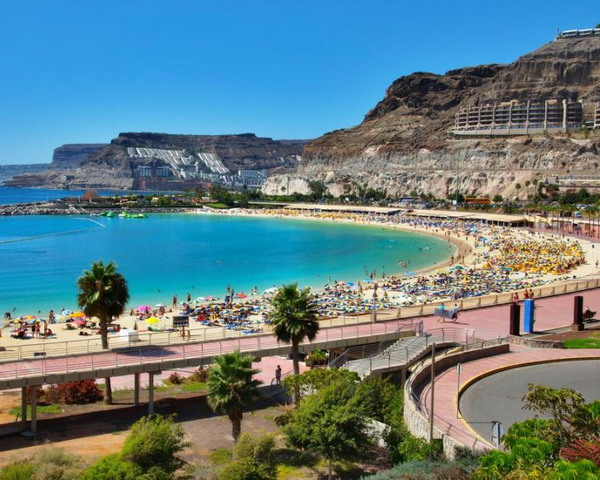 Tourist enthusiasts must visit Gran Canaria, as it has a highly developed tourist infrastructure, which offers all kinds of water sports, including fishing and underwater hunting, as well as excellent opportunities for beach vacation and sightseeing.

Lovers of exotic plants and animals might visit Palmitos Park - a real tropical oasis, which contains more than two hundred species of cacti and palm trees, 1500 species of exotic birds, a butterfly pavilion and an Orchid house.

The South coast of Gran Canaria is famous for its resorts, like San Agustin, Playa del ingles and Maspalomas. San Agustin is quiet, clean resort where a solid audience prefers to rest. Black sand beach protected by high cliffs. Next to the resort is the theme Park Sioux City, recreating the look of an American Wild West town with gunfights and cowboy entertainment. There is an amazing place in the South of Gran Canaria, which is called as a piece of the Sahara, - dunes of Maspalomas (Dunas de Maspalomas). Now it is a national Park, which has 403 hectares of square with a lake of salt water and palm trees. The area of the Park is closed to cars and one can move only on foot or on camels.

The North of Gran Canaria is known for small, elegant towns: Arucas, Teror, Moya, Firgas. In the Northern part of the island one can observe the highest point of Gran Canaria - Pico de Las Nieves (Pico de las Nieves), or "snowy peak" (1949 meters), from it is possible to see the famous landscape, the Nublo rock (Roque Nublo) and its surroundings. Now the outlines of the mountain landscape - the symbol of the island. Tourists are advised to visit on the island such as Aqualand Maspalomas, the biggest water Park in the Canary Islands, Holiday World amusement Park, Wellness center and the most popular disco. In addition, Gran Canaria offers a sea walking, fishing, skydiving, Golf, scuba diving, various evening shows and casinos.

In search of sights one can visit the lighthouse of Maspalomas, which is located in Punta de Palomas: at the end of Copacabana beach, near the sand dunes, swimming pool and tourist center. This is the most popular lighthouse on the island. It is still considered as the flagship of the fleet. Together with a two-story house, it has a height of 60 meters. However, the lighthouse has become a hallmark of the city and included in the list of historical monuments of the archipelago. 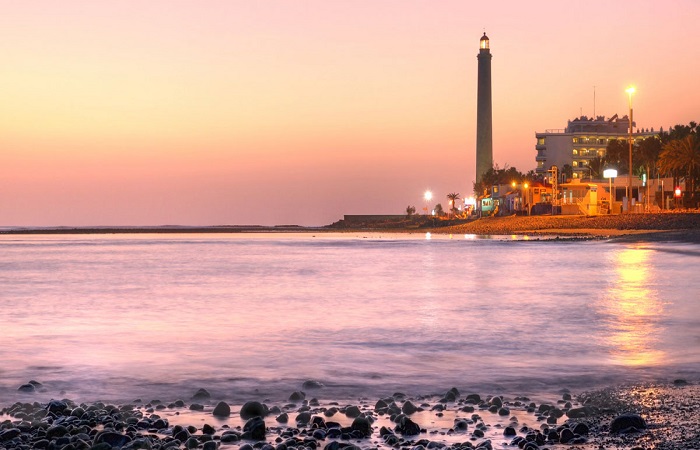 The house-Museum of Columbus is among the most beautiful buildings of the city of Las Palmas. It has decorative doorways, latticed balconies and carved wooden ceilings. This Palace was the first residence of the Governor of the island. It was visited by the great Explorer Christopher Columbus, while one of his ships was docked for repairs. The Museum has 13 permanent exhibition halls, a library, training center and function rooms for cultural events. 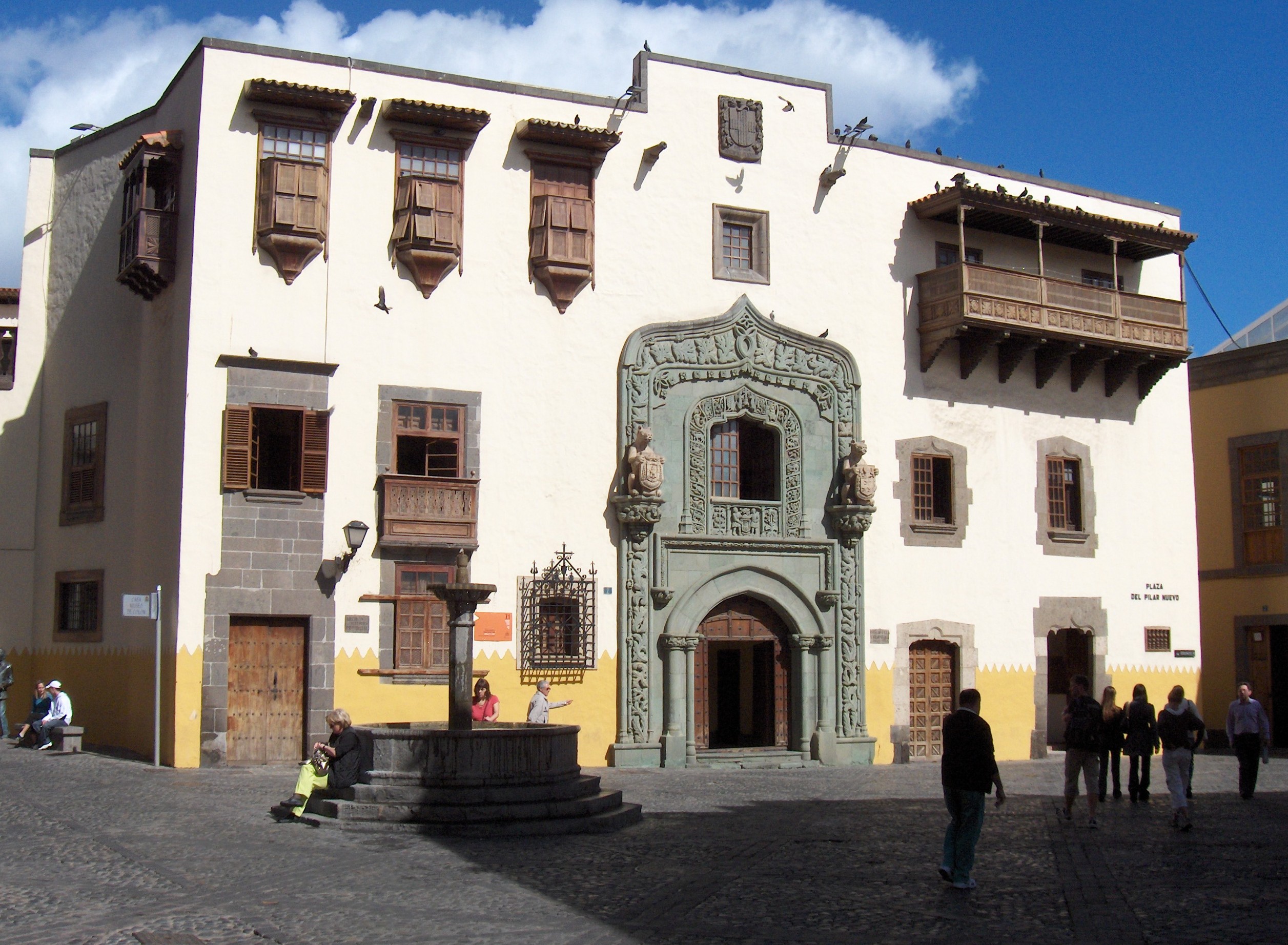 The total length of all the beaches on Gran Canaria is more than 60 kilometers. Any tourist can easily choose a beach to his taste. There are more than 50 beaches on the island. All beaches are public, where access is free. Among the popular beaches are beach Maspalomas, Playa El Ingles, the beach of Las Canteras and the Puerto Rico Beach. In addition to the famous main beaches, the island has a few "wild" beaches nestled between the rocks. Some of them are very picturesque, but inaccessible. 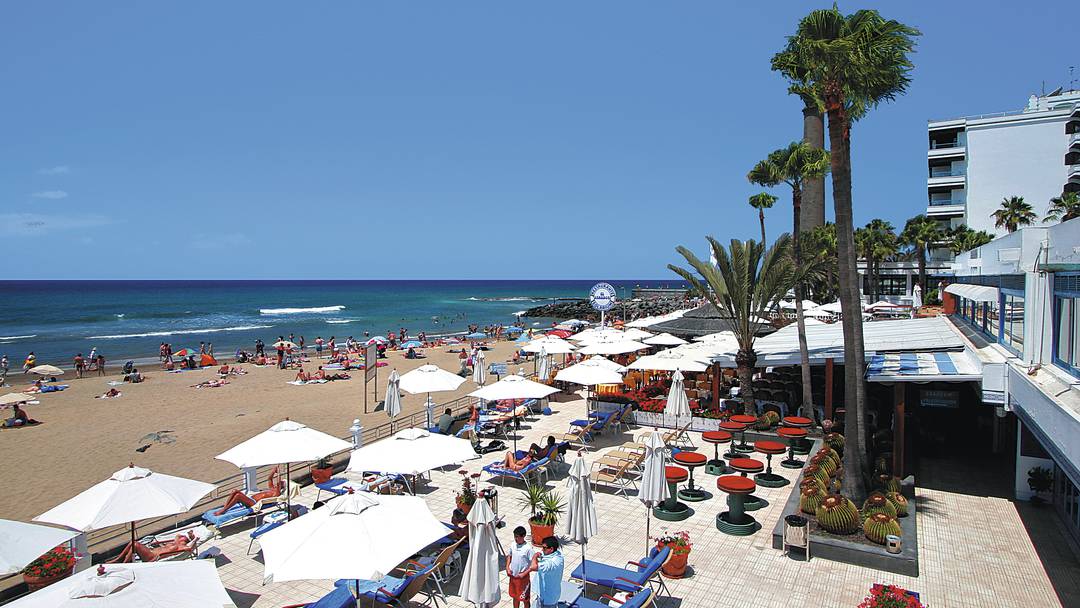