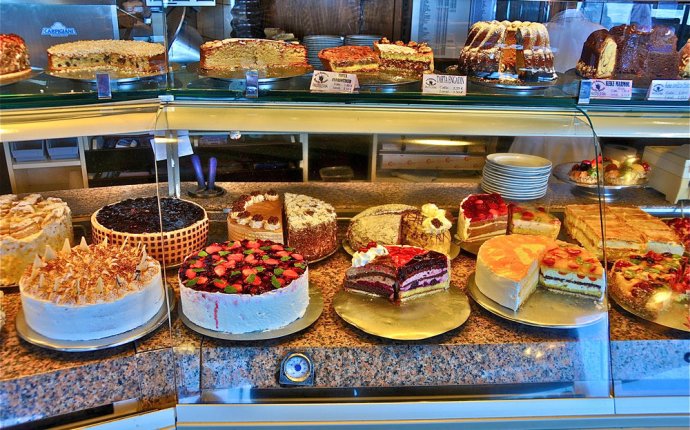 Café de Paris, in London's Piccadilly is one of the most famous entertainment venues in the world. With a glittering history, spanning more than nine decades, Café de Paris has consistently played host to a wide variety of powerful & absorbing performers and guests, members of the aristocracy, eminent political figures, dazzling pop stars, captains of industry, superstars from the silver screen and even royalty.

Opening its doors in 1924 under the control of London impresario Harry Foster, Café de Paris quickly established itself as one of Europe's premier nightspots. Much of the early success was due to a visit from the Prince of Wales, who after an impromptu midweek visit became a regular guest bringing with him the crème de la crème of European society. The fusion of a beautiful and elite audience with energetic and ground breaking cabaret performances separated the venue from its rivals. The main aim of Café de Paris was to see and be seen, a trait that continues today.

Café de Paris' reputation was only enhanced by providing the backdrop for one of the greatest films of its time. Made in 1929 by cult director Andre Dupont and one of the pinnacles of British silent cinema, 'Piccadilly' is a sumptuous melodrama seething with sexual and racial tension. Chinese-American goddess Anna May Wong stars as 'Sosho' a scullery maid in a fashionable London nightclub (Café de Paris) whose risqué routines catch the eye of suave club owner Valentine Wilmot, a delirious evocation of sultry, jazz-age London, 'Piccadilly' boasts dazzling cinematography, a stunningly atmospheric score and the debut performance from Charles Laughton as a gluttonous diner.

The success of Café de Paris continued right through the 1930's, with a whole new host of powerful and successful figures joining the Café Society. The Aga Khan became a frequent visitor as did Lord and Lady Mountbatten, who nearly always ordered the same dinner of "a dozen and a half oysters and steak Diane". Due to its burgeoning reputation, the top vocalists and cabaret acts from around the world became easy to lure to Café de Paris. The legendary Cole Porter became a regular, and used the venue not only to entertain the top singers of the time, but also to showcase his new songs, often for the very first time.

In 1939 the Café de Paris change to In 1939 war stricken London, Café de Paris was allowed to stay open even though theatres and cinemas were closed by order. People gossiped their way through the blackout and Café de Paris was advertised as a safe haven by Martin Poulson, the maitre d', who argued that the four solid storeys of masonry above were ample protection. This tragically proved to be untrue on March 8th 1941 when two 50K landmines came through the Rialto roof straight onto the dance floor. Eighty people were killed, including Ken 'Snakehips' Johnston who was performing onstage at the time and Poulson whose words had come back to haunt him. Had the bomb been dropped an hour later, the casualties would have been even higher. Famously, one survivor was cheered by the crowd outside, when, on being carried out on a stretcher, he shouted to them "At least I didn't have to pay for dinner"

1948 saw £7, 500 spent was spent on refurbishment to counter the damage caused by the blitz. Things soon started to run smoothly again with Princess Margaret and the Duchess of Kent becoming regular visitors. Indeed, the continuing visits from members of the Royal Family cemented Café de Paris reputation as the smartest and most exclusive place in London. The 'Society of Guinea Pigs' was introduced, a collective aimed at introducing young blood to Café de Paris. Members had to be twenty four years or under to join. The idea was a great success and numbers reached over the 5, 000 mark.

As such, Café de Paris continued to be the most fashionable nightspot in London for the next ten years. Continuing to attract the worlds glamour set, visitors and performers read like a who's who of the golden era, with diversity continuing to add to the mystique and allure. Frank Sinatra rubbed shoulders with Tony Hancock, Eartha Kitt with Spike Milligan, Grace Kelly with Noel Coward. Anyone who was anyone was seen at Cafe de Paris.

It was perhaps inevitable that the times would change. London's socialites were travelling abroad in much greater volume and entertaining at home more regularly. The onset of rock and roll and the swinging sixties began to leave their mark and Café de Paris resorted to becoming a dance hall throughout the 60's and 70's-economically viable, but with little of the previous glamour.

In 1983 the photographer Nick Fry discovered the venue and eventually persuaded the management to hold a club night on Wednesday's. The result was a return to the splendour of past decades but set in the consumer driven boom of the eighties. Models, fashion editors and pop stars all congregated religiously at Café de Paris every Wednesday. The current heavyweight stars of the day, from George Michael to Boy George to a fledgling Naomi Campbell mixed with other major names-Mick Jagger, Andy Warhol and bizarrely Claus Von Bulow to recreate the hedonism of the roaring twenties. Flying in the legendary DJ Albert from Paris on a weekly basis ensured that the appeal stretched across Europe.

Due to the strong media connections, Café de Paris became a favourite setting for fashion shoots and films, being used as the prime location for Scandal, The Krays and Absolute Beginners. But the roaring decade soon burnt itself out and glamorous venues such as Café de Paris were among those worst hit by the recession. There was talk of various takeovers, but negotiations proved fruitless. Café de Paris lay dormant; it’s interior decaying and a shadow of its former self.

Café de Paris re-opened in 1996 amid a flurry of global publicity. It immediately became the place to be seen once again attracting A-list celebrities and London's infamously transitory 'in-crowd' on a previously unheralded regularity. Award ceremonies such as MTV, GQ and The Brits and major fashion designers all chose Café de Paris as their venue of preference.Notable parties during the late nineties were; Puff Daddy’s European album launch, Sony’s 20 years of the Walkman, a secret gig for Prince, a James Bond premiere party, a Vivienne Westwood catwalk show, the Spice Girls and Lennox Lewis celebrating his world titles, to name but a few!

The current owner, Brian Stein, acquired Café de Paris in 2002, passionately committed to completing the restoration of this prestigious venue to the glory and glamour of her heyday. A fresh and dynamic team swiftly began to attract high profile events such as the Agent Provocateur 10th Birthday, Marie Claire's 17th, the Merchant of Venice’s premiere party and the spectacular MasterCard One Priceless Night.

As the shine returned Cafe de Paris the venue once again caught the eye of the British film industry. The incredible list of location credits include: The Edge of Love [Keira Knightley, Sienna Miller 2008], An Education [Carey Mulligan 2009], How to Lose Friends & Alienate people [Simon Pegg, Kirsten Dunst 2008], Rush [Daniel Brühl, Olivia Wilde 2013] to name but a few. Just as with Piccadilly [1929] Cafe’s de Paris’ starring role as the back drop to such blockbuster films only raised its profile further.

2008 heralded the 80th birthday celebrations, for which the VIP rooms were re-modelled to include decadent drapes, an Alice in Wonderland red velvet padded corridor and 5 huge red velvet beds. The anniversary party included the infamous martini glass performance from Dita Von Teese and once again the crème of London society filled the ballroom.