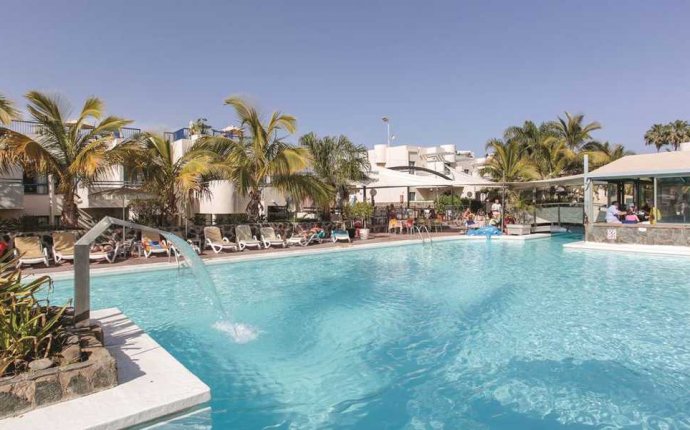 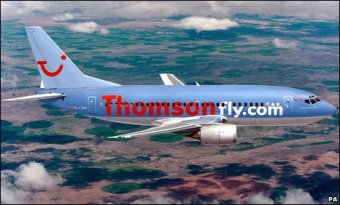 A man suffering a panic attack tried to force his way into the cockpit of a plane flying from Cardiff to the Canary Islands, say police in Spain.

The Spanish national was overpowered and restrained by passengers and flight attendants on the Thomson Airways 0810 GMT service.

He was arrested by police when the aircraft landed safely at Las Palmas airport in Gran Canaria.

A spokesman for the Spanish Civil Guard in Madrid said it was not being treated as a terrorist incident, while a spokeswoman for Gran Canaria Airport said the man was from the Canary Islands.

The Civil Guard spokesman added: "A passenger had a panic attack, got up from his seat and refused to sit down again.

"He was restrained and was detained when the flight arrived at Las Palmas.

"I cannot give any more detail about why this passenger behaved as he did, but I can say that the incident had nothing to do with terrorism."

Thomson Airways said the passenger on flight TOM 6102 from Cardiff was "disruptive".

A company spokesman said: "The passenger unsuccessfully tried to gain access to the cockpit and demonstrated aggressive behaviour towards customers and crew.

"The passenger was restrained during the flight and in accordance with our procedures the aircraft was met by the local police upon arrival into Gran Canaria.

"Thomson Airways would like to reassure customers that incidents of this type are extremely rare and that their safety is our first priority at all times."

A spokeswoman for Gran Canaria Airport said the passenger plane's pilot called the police after the man tried to enter the cockpit.

The Foreign Office said it could not confirm if the passenger who tried to enter the cockpit was British.