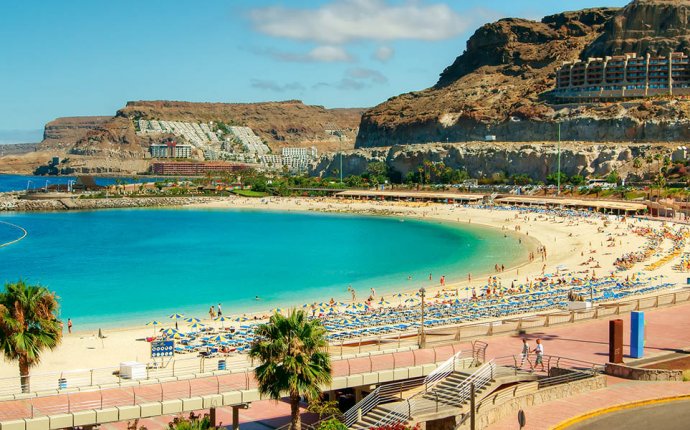 It’s hard not to fall for the sun-soaked climate and brochure-shot beaches of the Canaries, and in Gran Canaria (home to around half of the archipelago’s population) the islands have somewhere that lives up to its popular tag as a ‘continent in miniature’. Alongside stylish beach resorts and a lively holiday ambience, you’ll also encounter gorgeous volcanic landscapes, a huge UNESCO-listed Biosphere Reserve and a proud island culture.

There are pleasant temperatures year-round on the island, so a holiday to Gran Canaria from GlasgowAirport holds fairly constant appeal. And with nearly 60km of beach to explore, its fly-and-flop credentials are world-class. Playa del Inglés has long been enormously popular with fun-seekers – Pacha Gran Canaria Nightclub (Avenida Sargentos Provisionales 10) offers a sizzling night out – but the island as a whole is also a tried-and-tested hit with families. Why not try a dolphin safari?

The interior of the island throws up some truly spectacular scenery, with plunging panoramas of gorges, mountains, cliffs and pine woods. UNESCO has designated almost half the island a Biosphere Reserve, which says much about the variety of the flora and the scale of the volcano-formed landscapes. A recently opened hiking trail now allows walkers to cross the entire island in three days, while more casual nature lovers should make a point of visiting the area around the village of Tejeda, which has staggering views.

Gran Canaria’s location has made it a cultural crossroads for centuries, drawing in influences from Europe, Africa and the Americas. The great seafarers of the past – including Christopher Columbus – called in here regularly for rest and supplies. It’s resulted in an island with real depth of history: delve into the culture of the original island inhabitants, visit small colonial towns or sample the myriad flavours that have found their way into the local cuisine.