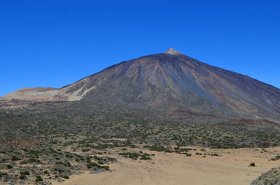 The Canary Islands are one of the most popular sun, sand and sea holiday destinations going. Many people know them as the place to go for year-round sunshine. Not so many are aware that each island is quite different, with its own sparkling personality.

To decide which suits your own preferences best, it's worth knowing what those differences between each of the Canary Islands are.

Tenerife isn't quite an island of two halves, but it is an island of two parts. There are the purpose built resorts, such as Playa de las Américas and Costa Adeje, then there's the rest of the island; the much bigger part, where most Canarios have lived for five centuries. What Tenerife offers is diversity. It's large enough to be home to cosmopolitan cities with historic centres, bustling towns, small villages, rural farmlands and huge expanses of National Park where you can walk and walk and never meet a soul. It also boasts the highest mountain in Spain, the towering Mount Teide, whose sheer bulk provides a spectacular introduction to visitors arriving by air. With a big Canario population to feed, the restaurant scene outside of the resorts ranges from traditional to avant-garde (it's the only Canary Island with Michelin star restaurants) whilst the unique Canarian culture (a blend of Spanish and South American with a drizzle of African influences) results in what seems to be a never-ending round of colourful fiestas. 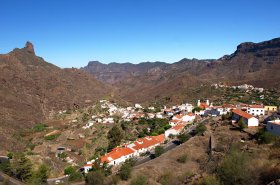 Gran Canaria suffers from the same image as Tenerife, often dismissed as little more than a mass tourism destination. In reality it's exactly the same, with the most interesting parts to be found outside of the resorts. Ironically, the two islands are quite similar in personality despite the fierce rivalry between them. The people who like Tenerife should, in theory, like Gran Canaria although there are differences. Gran Canaria has better beaches, Las Palmas shades Santa Cruz when it comes to attractive historical quarters, a fantastic city beach in Las Canteras and a thriving live music scene. Inland villages on Gran Canaria are easier on the eye than those on Tenerife and the scenery is more epic, almost Arizona-like in parts. The islanders claim the best views of Tenerife's mega volcano, even if they don't have Mount Teide with its mesmerising volcanic crater. Again it's a choice for people who like a lot of diversity in the places they visit.

People sometimes refer to Lanzarote as being one of the less spoilt Canary Islands. There are a couple of reasons for that. One of them is local hero, César Manrique was an environmentally friendly visionary whose influence prevented local politicians from ruining the landscape with high rise resort developments. The other is, as a Tinerfeño once pointed out to me, 'nobody lives there.' What they meant was, thanks to the 'farmer unfriendly' terrain, there wasn't historically much of a Canario population compared to the more populated islands. Subsequently, Canarian culture isn't as strong and the variety of restaurants aimed at a local population isn't as plentiful. Being on the eastern side of the archipelago, and one of the oldest of the islands, the terrain is pockmarked by volcanic cones, giving it a hypnotic other-worldly appearance. 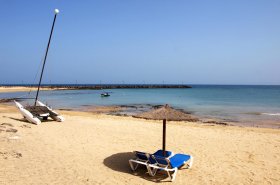 However, Lanzarote lacks the greenery of the western islands. In recent years, the island has increasingly attracted a burgeoning sports-oriented market, with runners and cyclists bolstering the already healthy board sport scene. Like other eastern islands, Lanzarote has a choice of golden beaches the western islands can only look upon with envy.

The oldest Canary Island and the windiest. A near constant breeze is welcome fuel for the windsurfers and kiteboarders but can be an irritant for sunbathers. Fuerteventura is the beach paradise of the islands, with the Corralejo dunes more like a mini Sahara than a beach. Fuerteventura's resorts can be somewhat lacking in charm, the beauty provided by golden sands and turquoise seas. Away from them, the island holds a few pleasant surprises and quite an interesting variety of birdlife. Like Lanzarote, a small Canario population means less culture and a limited choice of good traditional restaurants, but there are a few pretty historic villages. Although a hop, skip and a jump from Lanzarote, the scenery is quite different. Over the centuries, wind has moulded the hills into softer, more appealingly curvaceous shapes. There is also a stronger sense of feeling closer to Africa, the landscape often having a North African flavour, helped by thousands of goats who wander freely across the burnt orange hills.

Known as La Isla Bonita, La Palma is, as the name suggests, possibly the prettiest of the Canary Islands. It has history, Santa Cruz de la Palma was a shipbuilding port in the days when adventurers crossed the ocean to the New World and pirates roamed these parts. And it has beautiful scenery you won't find on other Canary Islands – like the Caldera de Taburiente and the water tunnels at Marcos y Cordero. It also has land less than 50 years old thanks to the eruption of the Teneguía Volcano in 1971. La Palma's bigger towns bustle with life and are quite sophisticated, plus there's a strong South American feel to the place (they even hand roll cigars on the island). It has the personality of one of the smaller Canary Islands yet with many of the qualities of the more populated ones. In some ways La Palma is still like a Canary Island of the past, and yet it struggles to attract tourists. 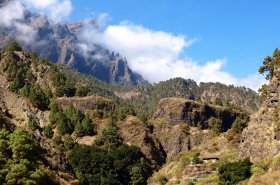 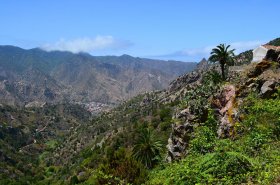