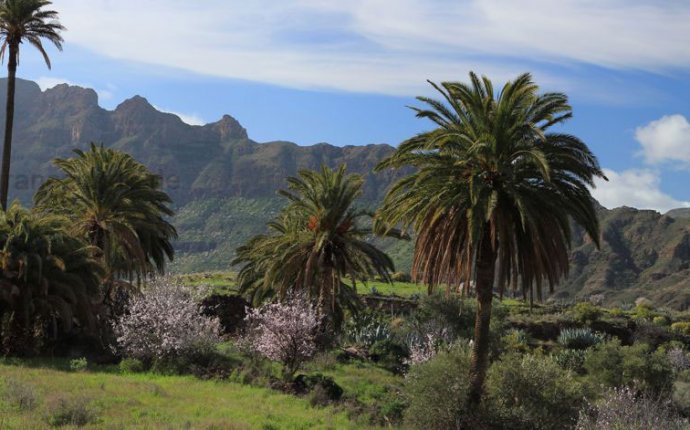 The first chapel in Santa Lucía was built in honour of Santa Lucía in the second half of the sixteenth century. In 1761, as the chapel was not well preserved, the inhabitants decided to knock it down and build another one in the same place but on a different plot of land. The second chapel was blessed in 1761, although it did not survive long due to its poor state of preservation. It was finally demolished and in 1788 the image of Santa Lucía was transferred to the chancel of a new chapel, although this third chapel suffered the same fate as the two previous ones. Then in 1905, the church Iglesia de Santa Lucía was built right in the town square, on a rise, replacing the third chapel. These days it is one of the main places to visit in the municipality.

The Museo Castillo de la Fortaleza, in the centre of Santa Lucía, is also recommended to visitors for its historical and cultural interest. It is primarily an archaeological museum, as the exhibits are of remains found in the archaeological sites of the area. Ethnographical, botanical and zoological items can also be viewed. There is a garden near the museum with autochthonous flora and fruit trees from several latitudes.

Those who prefer excursions in the natural surroundings of the municipality should not miss la Caldera de Tirajana, in the central area of Gran Canaria with a southeast orientation. This is wide volcanic basin where the towns of Santa Lucía and San Bartolomé de Tirajana are located. The landscape here is considered unique, as it combines the rugged scenery of the territory, the architecture, the richness of the vegetation and the agricultural scenery.

The Barranco de Tirajana (the Tirajana ravine) has its origins in the Caldera de Tirajana and it runs into the sea around the flat land at Juan Grande. This ravine has a length of 76 square kilometres and there the visitor can see different archaeological, botanical and geological aspects of interest. A dam called the Presa de la Sorrueda has been built in its basin. In these surroundings stand the most beautiful and extensive palm groves on the island. They are especially attractive in the Palmeral de la Sorrueda which lies near the dam.

The municipality of Santa Lucía borders the sea. On the coast there is a beach considered one of the main windsurfing beaches, Pozo Izquierdo, known as an area often battered by winds.

It has been chosen as one of the principal places for the holding of the world windsurfing championship. In fact, this beach is the home of the International Windsurfing Centre, equipped with the facilities required for this water sport, with swimming pools and shops specialising in this activity.

Here stand both the Instituto Tecnológico de Canarias (The Technology Institute of the Canaries), which studies renewable energy and the Desaladora (Desalination Plant) which supplies water to villages and towns that have a demand of over 200m³ of water a day (measure taken from seawater).

Santa Lucía is a municipality with a great deal of commercial activity, enhanced by the increase in the population of the area. Vecindario is one of the major commercial areas of the island. This is where the large shopping centres can be found (C. C. Atlántico, C. C. La Ciel, C. C. Avenida de Canarias), with easy access on the southern motorway. Fashion stores, large leisure centres (restaurants, cinemas, terrace bars...), large supermarkets, etc, can all be found within Vecindario.

For those who wish to discover the typical products of the land and the handcrafts of the municipality, the markets are a must. These are held every Wednesday in Vecindario and on Sundays in the centre of Santa Lucía.

You can also visit the Handcraft Centre in the municipality, located in Vecindario, in la Era Park. Here you can see the items being produced and objects of pottery, basketwork and the making of the Canary Islands knife.