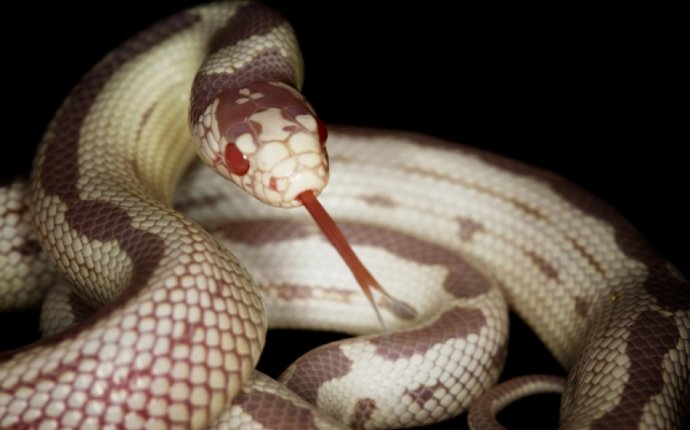 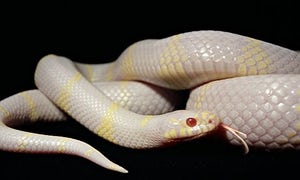 Invasive species experts will gather in Gran Canaria this week to offer their advice on how best to control an albino variety of a popular pet snake whose population has exploded across the island in recent years, decimating local bird and lizard species.

Originally brought to the island as pets, the albino California king snakes were set loose or escaped decades ago, said Ramón Gallo, a biologist who is spearheading the effort to control the population through a project called LIFE+Lampropeltis.

In the absence of natural predators and in mild temperatures and a coastal climate similar to its native California, the king snakes have multiplied. In the past eight years, more than 2, 000 of the snakes have been captured, and thousands more are thought to be living underground, said Gallo. "The word plague comes to mind."

The snakes pose little danger to humans, but are avid predators, feeding on birds, rodents and even young rabbits, said Gallo. Particularly concerning for researchers is the snake's taste for the Gran Canaria giant lizard, a species found only on the island. A recent comparison of the lizard population in areas with snakes and areas without showed a ratio of 1:10, he said. "It's an outrage. This could push the lizard to extinction."

So far their growth has been contained to two areas, of about 25 miles square, in the east and north-western part of the island.

There are daily sightings in La Solana, one of the communities most affected, said resident Auxi López. "They're long and slim, probably about one and a half metres or so." But this year, she added, "we've noticed that they're a little bigger."

The snakes were first spotted in the area about 20 years ago, she said, and about 70% of the residents are still very afraid of them. "It's something that never existed here before. Maybe you would see the occasional small snake, but not like this."

Residents trade tales of being bitten, although López was quick to add that the injuries have never been serious. More disturbing, she said, is the liquid emitted by the king snakes when threatened. "It smells horrendous, it's terrible and disgusting."

This week's gathering of experts on the island is part of a four-year project aiming at halving the snake population. Launched in 2011 and slated to cost more than €1m (£820, 000), the project also includes the training of dogs and hawks to help snare the snakes as well as more than 200 workshops to teach locals about the king snakes.

One of the main challenges is determining exactly how many snakes there are on the island, said Robert Reed, US Geological Survey biologist travelling to Gran Canaria this week. As the snakes spend most of their time underground, "the depressing reality of most invasive snake populations is that even if you're successful enough to catch hundreds of them, that probably means that there are far more out there than you're comfortable with".

A telling detail, he said, is that most of the snakes on the island are albinos, a quality prized in the pet trade but rare among wild populations because they are spotted easily by predators. The continued dominance of the albino variety suggests that the snakes have few predators on the island, ruling out any natural solution to this problem.

Eradicating the species from Gran Canaria is likely out of the question at this point, stressed Californian Brian Hinds. After 35 years spent capturing and photographing the king snakes in their native habitat, he's travelling to Gran Canaria this week with one message: "Strike hard and strike fast or the snakes will take over 70% of the island."