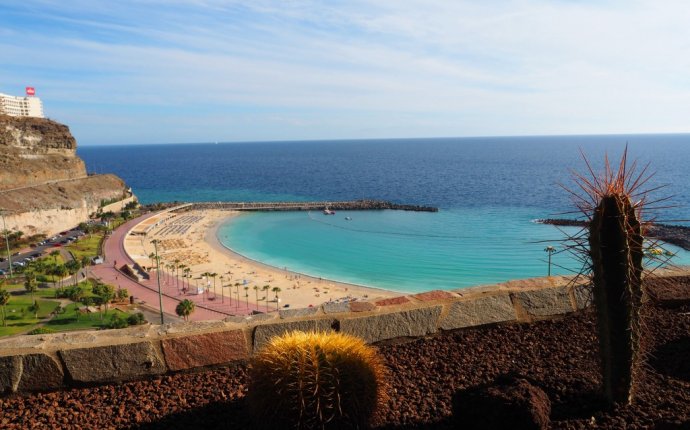 Often described as a “miniature continent, ” Gran Canaria is home to a staggering diversity of landscapes; from sweeping sandy beaches and red-earthed pine forests to undulating mountains and dusty deserts.

Forming part of the Canary Islands – a Spanish archipelago floating off the coast of Western Sahara – the island has long been used as a shortcut to the sun for European holidaymakers. Cheap package deals and boozy British tourists have sullied its sunny image, but in recent years the island has been reinventing itself as a more salubrious destination. Led by the deluxe end of the market, Gran Canaria’s hotels and restaurants are experiencing something of a makeover, as the island ditches its tacky seventies aesthetic for one of retro chic and boho beau monde.

Located on a nautical crossroads between Europe, Africa and the Americas, Gran Canaria was an important trading post for many centuries and has long welcomed foreign influences, which are evident in everything from local cuisine to the island’s ubiquitous Latino beats.
With its year-round sunshine, most come to Gran Canaria to bathe on sweeping sandy beaches, top up on vitamin D and imbibe the island’s legendary nightlife. Others come armed with hiking boots and a desire to discover Gran Canaria’s glorious interior, which opens up to reveal some truly remarkable landscapes.

The interior remains largely crowd free. Forget sprawling resorts and pumping clubs, its all boutique hotels and bucolic retreats in rural Gran Canaria, where evening entertainment revolves around games of dominoes with locals and watching the sunset over neighbouring Tenerife.
There’s also the northern hinterland, which is characterised by verdant mountains, leafy gorges and quaint villages. These landscapes are an extraordinary contrast to the sandy south, where a seemingly vast desert belies the island’s diminutive size.

Whether you come to party, soak up the sun or hike through the hills, it’s hard not to be charmed by Gran Canaria. The island might be a mainstream destination, but it has the capacity to surprise and that lies at the heart of its appeal.