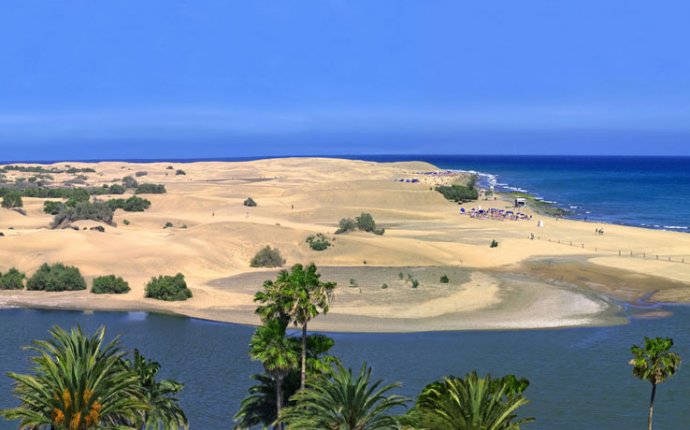 Puerto de Mogán is a picturesque resort and fishing village in the municipality of Mogán, set at the mouth of a steep-sided valley on the southwest coast of the island of Gran Canaria.

The famous Dunes of Maspalomas are a surprisingly large area of hills and troughs of sand with patches of vegetation, a nature reserve since 1897. They have been designated as a park and contain many varieties of wildlife - especially sand lizards. The sand is fine and golden.

Beautiful sunset at the 68m high lighthouse in Maspalomas.

This pedestrianised development of two-storey apartment buildings has roof terraces and gardens bursting with bougainvillea, palm trees, bird-of-paradise flowers, hibiscus and other gloriously colourful plants. It is built around a marina and fishing harbour, which gives the bars and restaurants lining the quayside interesting views and a special ambience.

Canal-like channels linking the marina to the fishing harbour have led to it being nicknamed "Little Venice" or the "Venice of the Canaries". Restaurants and bars fringe the marina and the beach front.

Puerto de Mogán is a picturesque resort and fishing village in the municipality of Mogán, set at the mouth of a steep-sided valley on the southwest coast of the island of Gran Canaria and attracts many tourists either to stay or on day-visits.

On the promenade, restaurants, offering a variety of cuisines, are a great place to watch the boats and the Yellow Submarine coming and going from the harbour entrance across the sheltered bay, which is ideal for safe and easy swimming. 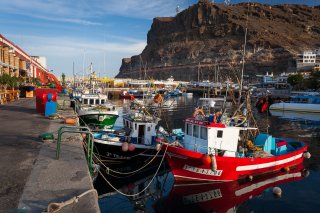 Puerto Rico is also known for the many water sports activities it is offering, ranging from jet-skiing, sailing, diving, big game fishing and windsurfing to leisure excursions such as pleasure boat trips along the coast, dolphin watching cruises or a trip in a glass bottom boat to discover the world under the water surface.

Puerto Rico is one of Gran Canaria’s most popular family resorts situated at the mouth of a large valley. Once a small fishing port, the Puerto Rico of today has a lot of hotels and apartments, built on the terraces of the steep slopes rising from the coastline. It has a small but beautiful beach, covered with sand from the Sahara.

The Beach is situated in the new area of Puerto Rico. 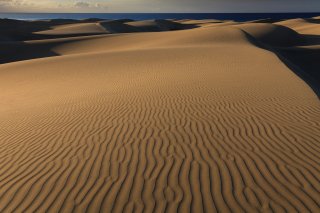 The Barranco de Guayadeque (Guayadeque Ravine) rises up into central Gran Canaria in a majestic sweep of crumpled ridges.

For most of the year, the vegetation here is lush and green; if you can, visit in early spring when the almond trees are in blossom and the landscape is remarkably verdant and beautiful.

Fuente de los Azulejos is an unusual rock formation on the island of Gran Canaria. The name literally means "fountain of tiles", because of the colour of the rocks resembling Portuguese tiles. These colours are caused by the process of oxidisation.

Presa Del Parralilo in Parque Rural del Nublo (Rural Park). This is the largest protected nature area on the island.

View toward Tejeda. Tejeja is the second smallest village on the island as well as the highest municipal seat on the island. The population is 2, 347 (03) and is situated in the mountains and the valley area that are mainly covered with greenspaces and forests.

The mountains covers much of the municipality and farmlands are within Tejeda. The main industry are agriculture and tourism.

The Grand Canaria island is shaped as a volcanic cone. It rises about 4000m out of the seaboard with its highest peak, Pico de las Nieves (=Snow Peak), 1951m high.

Roque Nublo is a monolith feature that is 80 m tall. It is one of the most famous landmarks in the island of Gran Canaria. The elevation is 1, 813 m ranking it second on the island and one of the tallest in the archipelago. It was formed from a volcanic eruption around 4, 5 million years ago. 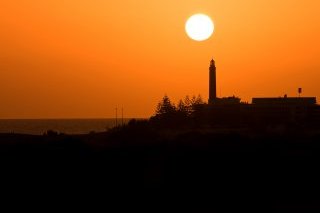 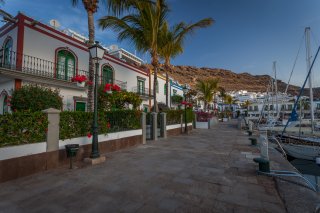 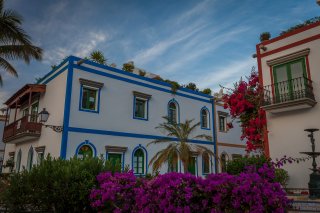